Ireland has an extensive list of Tax Treaties
Which makes it one of the best countries
In the world where to incorporate a company!

Ireland is renowned as one of the best countries in the world in which to incorporate a company. One of the most compelling reasons for this is the extensive list of tax treaties that Ireland has in place.

If you are resident in one country and have income and gains from another, you may have to pay tax on the same income in both countries. A double taxation agreement ensures that you only pay tax to one country. The specific agreement will determine which country has the right to collect the tax.

Ireland currently has a double taxation agreement with the following countries (as of Nov 2018): 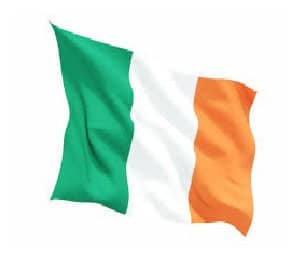 Welcome to LSC
Who We Are
LSC Business Team
Why Choose Us?

Reseller Program
Partner with us
Become a Reseller

The information and materials contained in this website do not constitute an offer, invitation, solicitation, advice or recommendation to buy the products and services offered and rendered by LSC & Partners LLP and shall be applied with prior consultation.

LSC & Partners LLP does not offer legal or tax advice without consultation with certified professionals with related appropriate skill and expertise.

The information contained in this website is for general guidance on matters of interest only and should not be considered as guidance for financial or tax decisions, or a substitute for specific professional consultation.

While we have made every effort to ensure that the information contained in this website is accurate and correct due to constant changes in laws, rules and regulations LSC & Partners LLP accepts no liability for any loss or damage arising directly or indirectly from action taken or not taken relying on the information contained in this website. In particular no warranty is given as to the completeness, accuracy, reliability of such information and as to whether it is at all times up to date.

LSC & Partners LLP accepts no liability for any loss or damage direct or indirectly arising from the application of any information contained in this website, including any loss, damage or expenses arising from, but not limited to, any defect, error, mistake, inaccuracy, reliability of this website, its contents or related services, or due to any unavailability of this Site or any part thereof of any contents or related services.